The nursery and primary school " Reina de la Paz " was born in Goma in 2011. Due to the continuous wars in the eastern part of the Democratic Republic of Congo many families abandoned their original villages and moved to the outskirts of Goma. Poor children and orphans are the ones more exposed to any type of danger. These children pass their entire days on streets of the city.

Upon seeing the seriousness of this situation, Don Jean Bosco and Sister Brigitte Kense had decided to intervene. At first, they bought a piece of land and built the first two classrooms using just simple tables made of wood. Afterwards, with the donation of Manini family in the memory of their daughter Chiara Manini, two classrooms, toilettes and a small office have been added.

Our goal is the donation of 10 desks and 20 chairs to "Reina de la Paz" school in Goma. 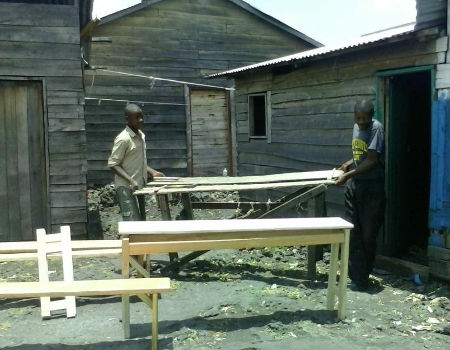 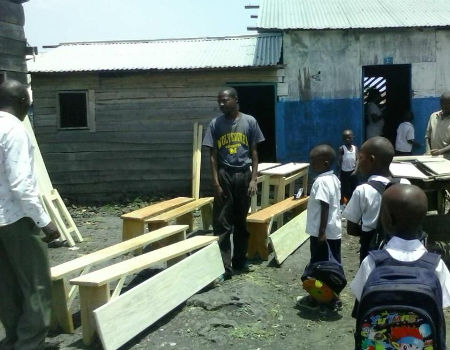 Responsible person for the realization of the project: Sister Brigitte Kense (President of the School)

Funding: contributions of the friends and supporters of Acqua Chiara Congo.